Why I’m in the UK

Why I’m in the UK 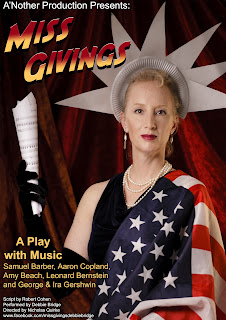 I created this blog for a fellow UK ex-pat performers blog: http://blog.yankeeinlondon.net/ check out her blog site as well, she has some great advice for others wanting to work and stay in the UK, in the mean time, here’s what I wrote for her…

“Over 16 years ago, I came to London as a stop-over for going to Germany.

Coming here as a Canadian Opera singer (fresh out of the University of British Columbia music program), starting with no connections and no real idea on what to do or how to stay.

I managed to stay long enough to get my British Passport.

I did go to Germany, but didn’t like the idea of living there.

That’s what I have learned, this is where I have needed to be all along, as I went on to do a Meisner Acting course with Scott Williams (Impulse Theatre School) and I haven’t looked back.

I realised that it was acting and musical theatre that I had wanted to do, but got side tracked when professors said my voice needed to be in opera. I have picked up some very useful skills, but I am back doing what I love.

I live in Brighton, which is a vibrant and creative city. Recently I have been finding that they really like opera, so with my skills as an actor/singer, I have a regular gig at a local restaurant called Little Bay – Brighton, this has led to more event work.

Life on the south coast is not so fast paced as London, which suits me, coming from the more laid back lifestyle of Vancouver, B.C. I love working here, as I stand out every time I speak. Working here does make finding your niche a lot easier. I have managed to work in British productions where they have allowed me to do the RP or they have been ok with the American voice in a mostly British cast, but my calling card is my accent and I don’t mind that.

The acting work really moved on when I joined the American Actors UK. It was a great place for me to do North American work, especially, through the annual Playreading Festival.

Being 1 of those few, who have not gone through the education system here, I have learned to ‘create’ work. This attitude has helped me in finding agents here, produce productions, and see what it is I love to do.

I have managed to find a great agent in Canada, but that was through the help of my British agent, so ya never know where roads may lead.

In 2010, I created a new company, Bridge Tea House Pop Up Theatre, which I am using as a vehicle to produce works. The latest being my new one-woman show, called ‘Miss Givings’.

I wanted to find a more engaging way to get American composers works out there, plus include all my skills. Anita Boult is a musical theatre wannabe, but has just moved out of New York and back to Peekskill. This show goes through her trials and tribulations, with songs from Bernstein, Copland, Barber, Gershwin and Amy Beach.

What self-producing are you doing?